We from SuperHosting have been working day after day to increase the security of our services to the greatest extent.

Today the DDoS defense system for all SuperServices is celebrating its first birthday!

Available for both ISPs that ensure service connectivity, the DDoS system keeps successfully protecting all our customers’ websites with no need for further investments.

Precisely one year ago – just before integrating the DDoS defense system, we had been experiencing considerable security issues, caused by a rising number of DDoS attacks, directed towards our equipment. DDoS (Distributed Denial of Service) attacks are a global issue. They are large-scale, intensive malicious attacks that flood the web service with high volume of traffic. Such an attack can harm not only websites, but even whole systems and infrastructures. Globally, DDoS attacks are multiplying not only in number, but also in terms of scale and frequency. At the end of 2015 they increased by 85% compared to the end of 2014.

Some of you, our customers, probably noticed service interruptions due to DDoS attacks, which reached their peak in terms of intensity and frequency in April and May 2015. Since we aim at offering a high-quality service, these interruptions were unacceptable so we immediately sought a long-term, stable solution.

By integrating the defense system we successfully solved all those issues and now for a whole year our customers haven’t contacted us on that matter.

The past year in figures:

… and to this day we continue successfully protecting all of your web projects!

The defense system detects 95% of the known DDoS attacks and is constantly being updated to also recognize new types of attacks.

There are not many companies worldwide that have managed to overcome this issue and offer such a service. Moreover, customers’ investments for fighting the problem are usually about 10 times bigger than their costs for hosting services. For all our customers the DDoS defense system is included in the hosting price and no further payment is required.

Security means trust. Integrating effective DDoS protection is only the first step of improving all security aspects so as to help our SUPER customers have a great web experience! 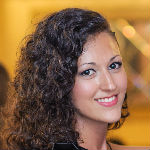 Tsvetelina Nenkova
Tsveti works hard to improve our services and offer them to our SuperCustomers in the most appropriate way. Tsveti's SuperPower is that she always learn fast the innovations in hosting technologies and quickly applies them to SuperHosting.BG.
Facebook
Twitter
Linkedin
0 0 votes
.
Subscribe
0 Comments
Inline Feedbacks
View all comments